Don’t litter the forest! You’ll turn into a pig!

When picnickers' litter and household rubbish had become the norm in Latvia's national forests, Cūkmens (Pigman) was born as the image of the clean forests campaign, a living representation of the slogan 'Don't litter the forest! You'll turn into a pig!'

Over a three-year period Cūkmens has visited the Cabinet of Ministers, got legislation changed so as to discourage the use of plastic bags and met thousands of schoolchildren. He blogs on social networking portal draugiem.lv and a book is being published about his exploits. Cūkmens has got clean-up working bees to be a popularly accepted activity. Cūkmens is learning to fly so that he can spot forest rubbish dumps from the sky. This year he went on a promotional tour all over Latvia and is hoping that a PET-bottle deposit system will soon be introduced here.

Pink Cūkmens has successfully emerged from the forest and, having attained an 80% awareness rating among the Latvian population, has become a green and effective reminder to us all.

The Cūkmens campaign was also highly rated by our industry peers and Cūkmens, after his initial activities, received a number of annual Latvian public relations awards, including the gold award for the Best Corporate communications campaign. 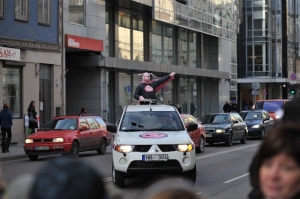 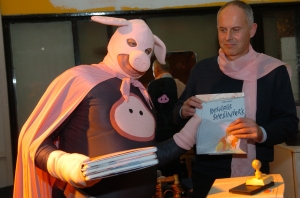 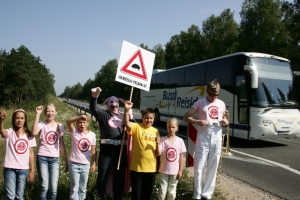 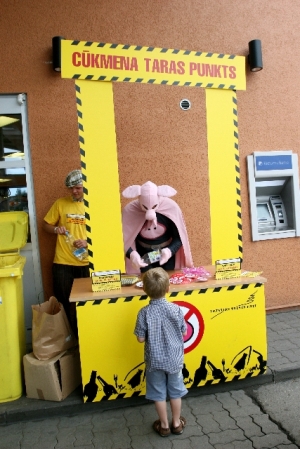 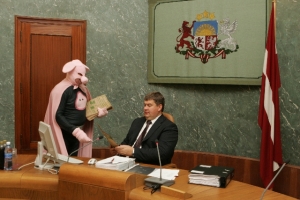