Want to exceed the speed limit? Want to drink and drive? Be our guest! This wheelchair can't wait to have you sitting in it!

To reach people who consider drink driving to be the norm, we created a blunt, documentary communication campaign in which real people with disabilities, who had been involved in accidents, recalled their harrowing experience.

In cooperation with Apeirons, an organization of people with disabilities and their friends, we showed how people's lives were changed by just a few seconds of recklessness. And people who were wheelchair-bound because of such behaviour invited the public not to be as stupid as they had been …

As part of the campaign, a web camera was set up in the apartment of a wheelchair user, giving an insight into the 'benefits' of being a person with disabilities.

A wheelchair drag-race was organised outside the Cabinet of Ministers building; during the morning rush hour on Riga's Vanšu (suspension) bridge, people with restricted mobility held a demonstration against driving too fast; the 'Art of Braking' event saw a number of celebrities decorate road signs, reinforcing the message against drink-driving.

The campaign was judged the best social campaign; being conferred the gold medal at Latvia's annual public relations awards. 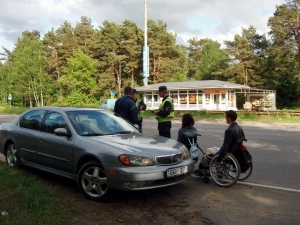 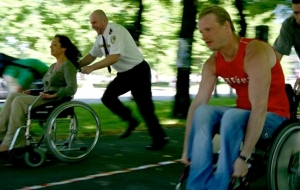 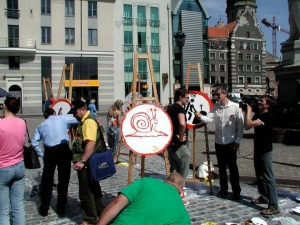 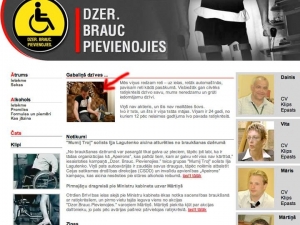 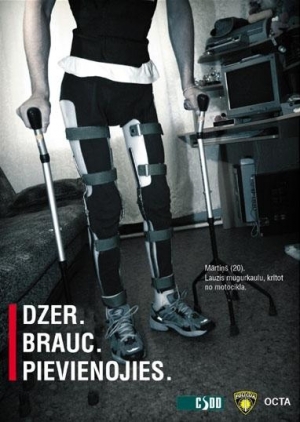 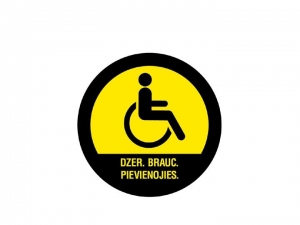