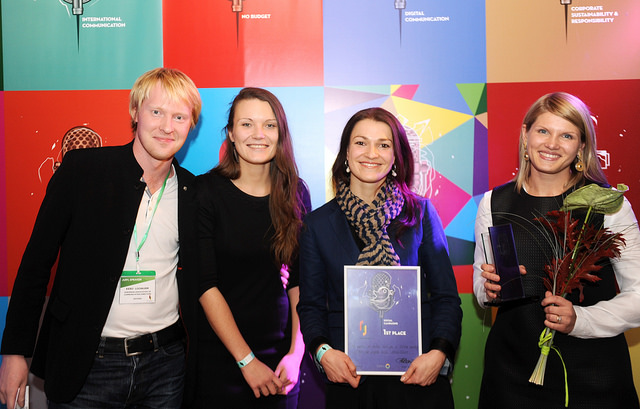 The initiative in support of the Mapeirons environmental accessibility campaign, executed by Deep White for the Apeirons association for people with disabilities and their friends, was recognised as the best Social Campaign in 2014. The project saw the first mobile app on environmental availability created and identified more than 1 000 public places with access for people with disabilities, giving them new opportunities for a fulfilling life.

In turn, the prize for best Corporate Social Responsibility campaign was awarded to the initiative implemented by Deep White and Samsung Electronics Baltics – the Samsung School for the Future – which introduced exciting and inspirational educational methods to 30 Latvian schools.

In parallel, the Magnum ice cream campaign, Amoralle for Magnum: Royal Treatment, received silver and bronze awards in the Consumer Relations and Sponsorship categories. To highlight the refined taste of Magnum ice cream, the campaign saw a new, sensual Magnum homewear line created together with one of Latvia’s most prominent fashion brands – Amoralle – creators of luxury lingerie and nightwear ranges.