Heartbeats for the Baltics

Communication campaign for the Run for Baltic Unity

Idea To mark the 20th anniversary of the historic Baltic Way, also to rekindle the spirit of unity and patriotism that the Baltic people experienced 20 years ago, the Latvian Orienteering Federation and PR agency Deep White cooperated at the instigation of Latvia's president Valdis Zatlers and the idea for the Run for Baltic Unity "Heartbeats for the Baltics" was born.

On 22 and 23 August 2009, a 31-hour unity run was organised along the historic route of the Baltic Way, inviting people to choose a kilometre and, by running it, add their heartbeat to the joint rhythm of the Baltic pulse.

Activities A registration website was opened three weeks before the run and included an interactive map where runners could choose their kilometre, invite friends to join in, and acquaint themselves with the history of the Baltic Way.

Latvian president Valdis Zatlers was the first to register for the run, in the shadow of Latvia's symbolic Freedom Monument. He was joined by the ambassadors for the run - popular celebrities, and 20-year-old young people who had been born on the historic day of the Baltic Way. The run was also announced and registration opened simultaneously in Lithuania and Estonia.

The Run information tent was open for three weeks and several thousand would-be runners took the opportunity to register there. Special Run T-shirts were also created.

Various promotional events were held up to the start of the Run - bakers created special strength-inducing bread, which was sent to Vilnius and Tallinn, starting points for the Run. A special warm-up run was held at the Maltuve marsh, where Latvian president Valdis Zatlers joined several hundred orienteers. In turn, to mark the route of the Run and its total length, "Heartbeats for the Baltics" kilometre posts were ceremonially erected, and the Run's kilometres were marked along the historic Baltic Way.

After Estonia's president gave a speech and signalled the start, to the sound of heartbeats and church bells, the first runners took off in Tallinn. A little later, the Run also started in Lithuanian capital city Vilnius with the encouragement of the country's president.

The finish line was in the centre of Riga and more than a thousand runners accompanied the Latvian president through the final kilometre.

Results Thanks to an extensive information campaign, the Baltic Way festivities succeeded in involving residents of all three Baltic States. More than 60 000 people ran their own kilometre for Baltic unity with the Run setting a record for the number of participants.

Events connected with the Run resulted in hundreds of large and thousands of small articles in all three Baltic States. The extensive publicity was accompanied by active participation and involvement is social networking websites, for example, the Delfi news portal's photo gallery was viewed 400 000 times, several thousand tweets appeared in Twitter, the Run section in the draugiem.lv social portal was viewed more than a million times. Tens of thousands of people followed the Run's progress live in the internet. In turn, thousands of photos and videos were uploaded to the interactive map of the Run on the promotional website. 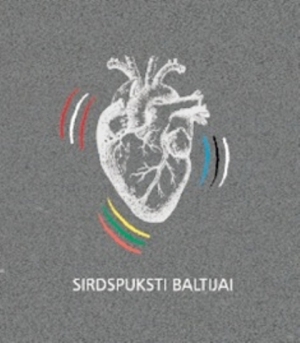 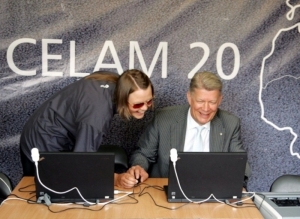 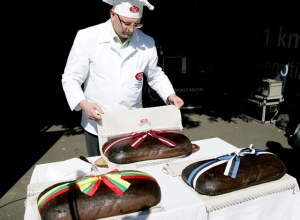 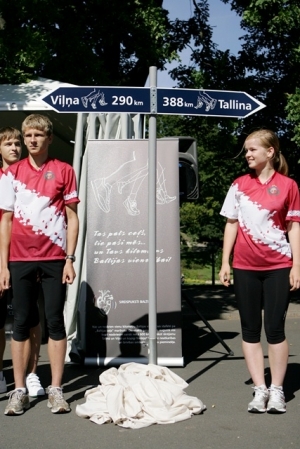 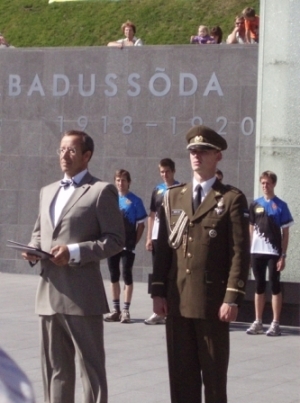 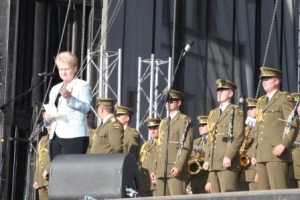 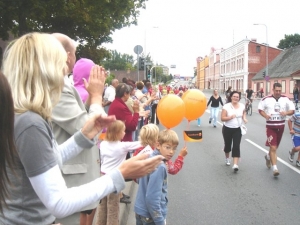 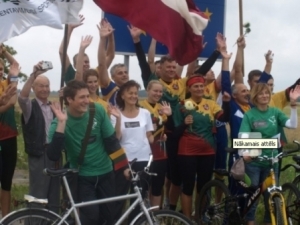 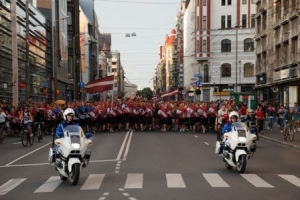 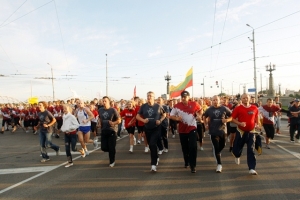 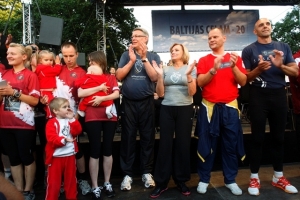 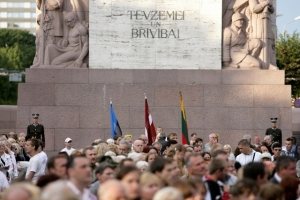